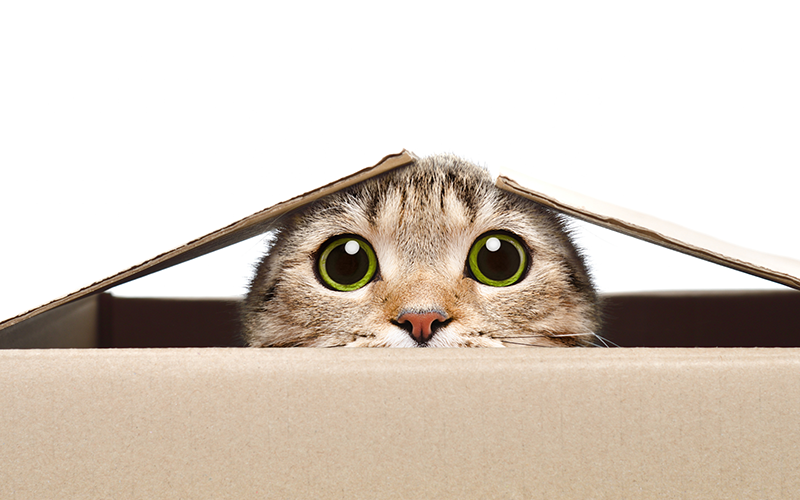 Pets teaching robots to wash dishes? Yes, that may actually happen, according to researchers, which illuminates one thing. Just as there were strange stories before the pandemic, the “new normal” includes an ample dose of arguably odd but nonetheless real possibilities. To illustrate, our latest humor blog (created to offer veterinary teams a bit of laughter in stressful times) presents five recent pet-related science stories you may have missed, along with our humorous take on what those stories may mean.

Earlier this month, researchers at Eötvös Loránd University’s Department of Ethology observed an instance of a cat recognizing and mimicking human behavior based on a training technique called “Do as I do.” Should the training technique go beyond a lab setting and catch on with pet owners, it’s unknown whether pet owners will eventually encounter unexpected credit card charges after discovering their cats have learned to make impulse buys on Amazon.

On Oct. 26th, 2020, Tech Xplore published a story about how Johns Hopkins University scientists had shown a robot how to teach itself new tricks by using training techniques commonly used to teach dogs how to sit and stay. Time will only tell whether such an approach will eventually see scientists saying to robots “I just took you for a walk!” or “Please stop licking yourself in front of my dinner guests!”

Recently, researchers at Cold Spring Harbor Laboratory theorized that understanding the animal brain could be key to teaching robots to perform complex tasks like washing dishes. Since the story did not report on what kind of animal brains the scientists may be studying, there was no way to know whether scientists may be studying cat brains, meaning there’s no way to know whether scientists may eventually wind up saying to their robots, “I just let you out! Now you want back in? I don’t have time for this. I have dishes to wash.”

In May 2020, Unitree Robotics announced its latest robotic dog, the A1. Able to perceive its environment, operate autonomously, and follow a specific person, the A1 will reportedly hit the market with a promised retail price of around $10,000. In other news, fur continues to dominate the snuggle-factor index, pets remain able to perceive their environment, and pet food is cheap, meaning veterinary practices will likely not have to add charging stations or hire mechanics any time soon.

This month, the Royal Swedish Academy of Sciences decided to award the 2020 Nobel Prize in Physics to laureates Roger Penrose, Reinhard Genzel, and Andrea Ghez for their discoveries about black holes. Similarly, pet owners continue to discover each day that pet commands like “don’t jump up” and “stop chasing that squirrel” often disappear into black holes of pet understanding. As frustrating as such moments can be for pet owners, they can find small consolation in the possibility that they may one day be eligible for a Nobel Prize in Physics.

While people rarely keep bats as pets, Halloween is once again here. So, we suitably add that in an October 2020 paper published in Behavioral Ecology, researches discovered that vampire bats physically distance themselves when they get sick. While no evidence exists to suggest the two-legged variety of vampires do the same, unconfirmed speculations by unnamed vampire experts suggest people can now easily protect themselves from the approach of a vampire by saying, “That’s fine if you want to suck my blood, but before you do, you should probably know that I have a sore throat and I have not been tested for COVID-19.”