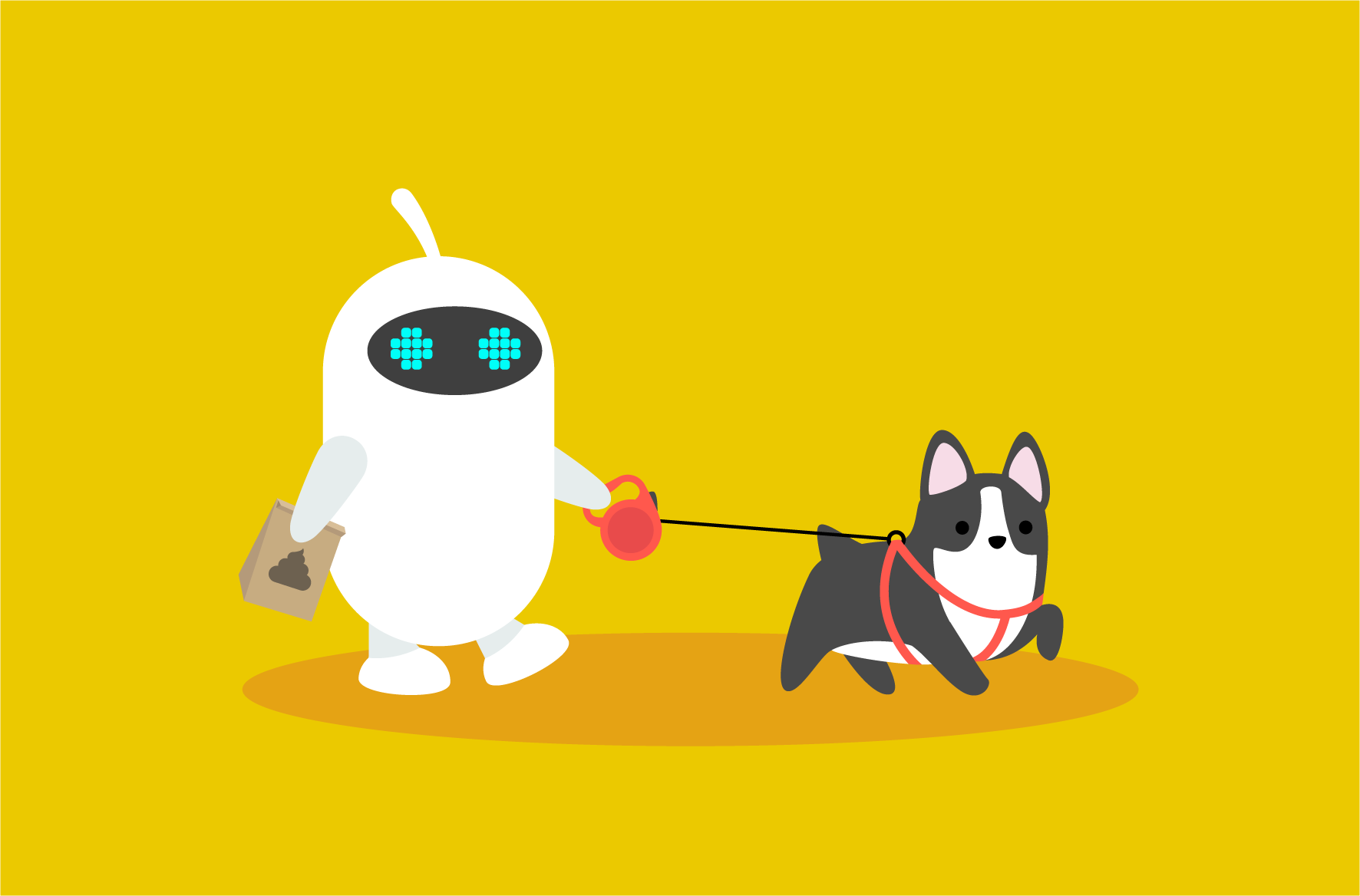 What AI Means to the Future of Veterinary Practices

You’ve likely heard how AI will change how anyone does business in the future. But what does this specifically mean to veterinary practices?
In an April 2018 article published in Veterinary Advantage (the official publication of the North American Veterinary Community), veterinarian Edward L. Blach wrote, “AI will present both opportunities and risks to veterinarians and companies who serve veterinarians, depending upon their ability to adapt and utilize it, or their inability or unwillingness to do so.”
On one side of the coin, the opportunities are already evident with augmented intelligence (a.k.a. machine learning). As the same technology that recommends YouTube videos to users based on past choices augmented intelligence is a branch of AI that “learns” to find common patterns within data libraries and makes “decisions” about what to deliver based on what users have asked for in the past. So augmented intelligence can be a powerful search tool to help veterinarians and their teams quickly sort through masses of veterinary medical textbooks, journals, and conference proceedings to support faster and easier medical decisions. Animal health companies and universities are beginning to use AI to predict and pre-empt illnesses in farm animals, and there’s certainly a lot of talk about how AI increases business profitability.

But what about the risks posed by AI?

Doomsayers have gone so far as to make Skynet-worthy speculations. Others have predicted the extinction of whole job categories from research analysts to funeral directors. Yet others like author and independent technology researcher Joe McKendrick see AI as simply replacing tasks, not jobs, and this aligns with the outlook expressed by Dr. Arthur Papier in an April 2018 interview with the peer-reviewed scientific journal PLOS One.
“While machine learning is going to augment what we do and will improve specific tasks, it will not take over medical thinking and medical problem-solving completely,” said Papier, who helped develop software-based decision support tools for doctors in the early 1990s (before the internet). And in alignment with this, a 2013 study by Oxford University estimates that while 47% of U.S. jobs could be taken over by computers within the next 20 years, veterinary technologists and technicians had a 0.029 probability of seeing their jobs replaced by computerization, while veterinarians had a lower probability of 0.038.

Perhaps the only risk that technology poses to veterinary practices is its lack of presence.

Here’s what I mean:
If you’ve ever known someone who’s purchased the latest smartphone, you’ve likely noticed how others have perceived that person as having some quality of being “better” (or whatever word you prefer to use here). If this resonates with you then you’ll understand what follows and how it could affect the future of your veterinary practice.
Speed and convenience aren’t the only reasons why people worldwide spend billions each year on new smartphones, apps and computers. People trust technology. According to Gallup, for example, U.S. consumer trust in banks plummeted to 28% in 2013. In place of this (according to 2015 findings by Statista), consumers have a higher level of trust in tech companies and making financial transactions with companies like PayPal, Amazon, Apple and Google. And according to Forbes, banks were still struggling to reclaim consumer trust in 2017.
I think you get a sense of the larger picture framed by technology.
For untold millions of pet owners, technology engenders trust, which is a quality of perceived value, and as most successful marketers know, the perception of value is what attracts clients to walk through your door.
That’s why Forbes reported in April of 2018 that the $26 billion animal health market is moving beyond straight pharmaceuticals and vaccines, why investors (according to CB Insights) are pouring $156 million into pet tech startups and why venture funds are pouring into data technology. They know that pet owners want and trust technology that can serve them and their pets better, from websites that can help them find clinics easier to mobile apps that enable easier appointment bookings to augmented-intelligence solutions like Sofie that give veterinarians faster, easier access to the best veterinarian medical information.