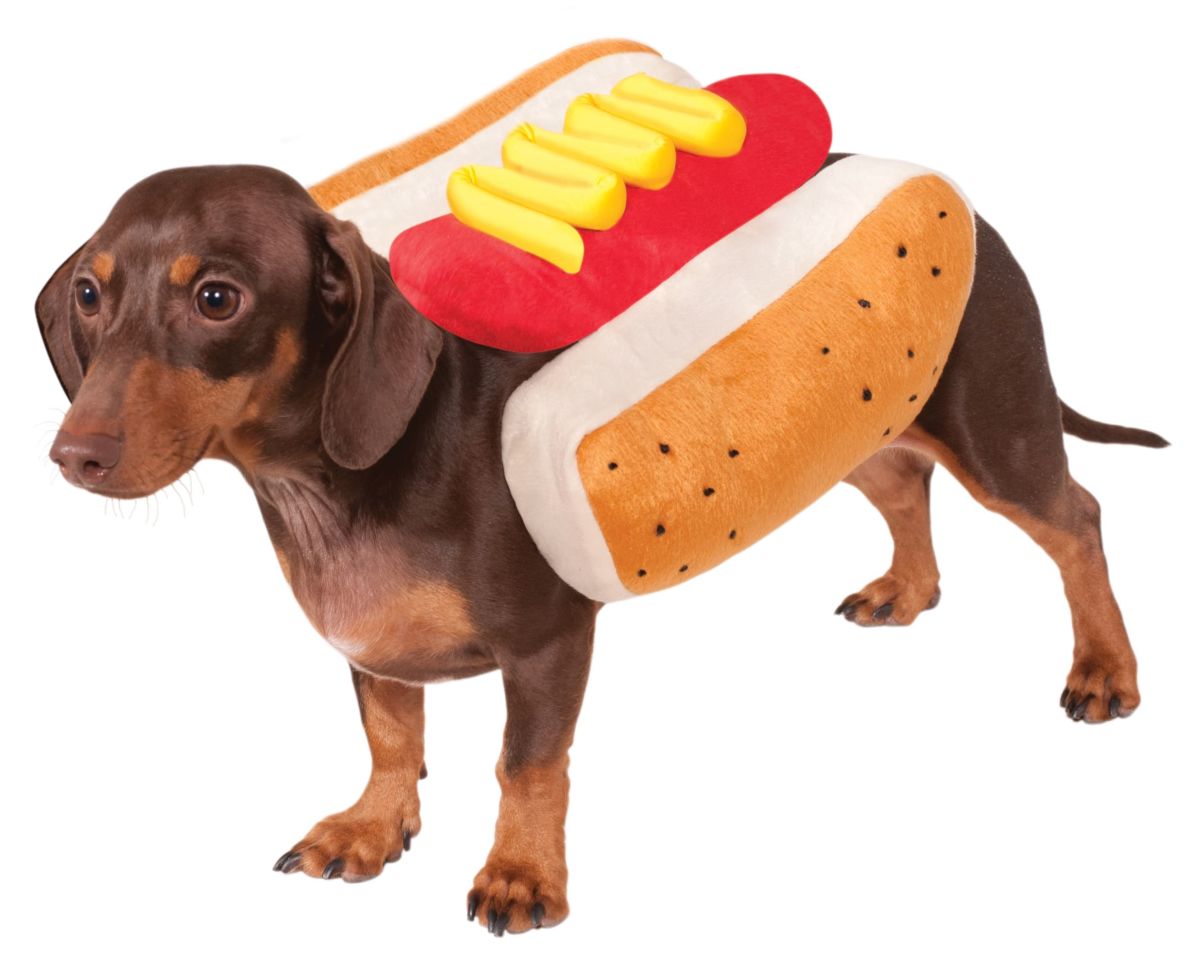 (This post was orginially published on October 30th, 2018 and has been updated to be even more amazing!)

Although Marvel never created a super-dog sidekick for Spider-Man like DC Comics created Krypto for Superman (also widely available as a super-dog pet costume), it’s difficult to imagine Marvel not considering such an idea for the future based on this hands-down cute Spider-Man pet costume. (Spider-Dog theme song not included.) Spider-Man Pet Costume by Rubie’s

Ten years after a Corgi wearing a lobster costume appeared on Flickr to become a meme, Lobster Dog has gone from T-shirts, backpacks and countless Pinterest posts to Halloween costumes in a variety of sizes, fabrics and levels of lobster-ness. Frisco Lobster Dog & Cat Costume

A long time ago in a galaxy far, far away, George Lucas likely never imagined that Star Wars would become a dominant force in pet Halloween costumes, from Ewok costumes for dogs and Yoda ears for cats to this classic Jedi Knight outfit. Just remember. If the magic of Halloween somehow morphs your pet into a real Jedi, he or she will likely try to pull a Jedi mind trick along the lines of, “You do not want to feed me that canned pet food. You want to feed me a delicious steak.” So, you may wish to prepare yourself for that, just in case. Pet Jedi Knight Costume by Rubie’s

Pizza slices, hamburgers and tacos have all made inroads in food-themed pet costumes. Yet the classic hot dog is still going strong as a perennial Halloween favorite. Available in various sizes to fit large dogs and sausage dogs, the hot dog can be found dressed with different condiments, from the time-honored mustard stripe to ketchup swirls and relish. Hot Diggity Dog Pet Costume by Rubie’s

If you’re not familiar with minions from the Despicable Me movies, they’re heartwarmingly wonderful, wildly impulsive creatures with boundless energy, an enthusiastic willingness to serve and a wide-eyed wonder of the world. In other words, a minion costume perfectly captures the personality of pets everywhere. Pet Minion Costume. Pet Minion Costume – Despicable Me 2 from Rubie’s

Transform your pet into the ghost with the most. Based on Michael Keaton’s classic character from the 1988 Tim Burton movie Beetlejuice, this pet costume also has more options that may meet the eye. Go with a tie in place of the striped jacket and your pet becomes Albert Einstein! Remove the tie, go with a colorful bandana and your pet is all set to star in a hair-metal band from the 1980s. Or remove the wig and leave the striped jacket in place and your pet is halfway to being the Hamburglar! Beetlejuice Pet Costume by the Costume Shoppe

No One Ever Suspects the Butterfly

With magic and wonder being elements of Halloween, this monarch butterfly costume perfectly complements the etherealness of fairy princess costumes or children’s butterfly costumes. Yet it still offers a sly nod to the more impish side of Halloween if someone asks you, “What’s so scary about a butterfly costume?” As Bart Simpson once said, “Nobody ever suspects the butterfly.” (And cue the devilishly mischievous laughter.) Monarch Butterfly Dog Costume by California Costumes

They already have the fangs and hypnotic stare. So, cats are easily transformed into furry wee vampires with a red-and-black cloak that still allows cats freedom of movement. That way, they can continue moving unheard, appearing unexpectedly and disappearing in a flash—just like real vampires! NeychenPet Dog Cat Cloak, Amazon

More than just the name of one of the most beloved Transformers, this bumble bee costume will cause a buzz on Halloween night, and offers the side benefit of providing your pet with an extra layer of warmth if there’s a chill in the night air. The only risk: If you weren’t in the habit of calling your pet “my little bug” prior to Halloween, there’s a chance you’ll start doing that and the name will stick in your head like sponge toffee. (Just an FYI.)  Bumble Bee Pet Costume by Rubie’s

Given the inherent spectacle and pageantry of Halloween parties and costumes, it only makes sense that peacock costumes have risen in popularity as one of the showier costume options for pets. Both beautiful and dramatic in appearance, the peacock pet costume stands out in its contrasting blues and turquoise against the more traditional oranges, blacks and reds of Halloween, and lends magic to a holiday where more pet owners are embracing enchantment over scary costumes. Pretty as a Peacock Dog Costume by California Costumes

Whichever type of costume you may choose for your pet this Halloween, be sure to choose a costume that is safe for your pet and does not pose some of the risks that can come with certain costumes.

For more information on what to look for and avoid (plus other important safety information), please read